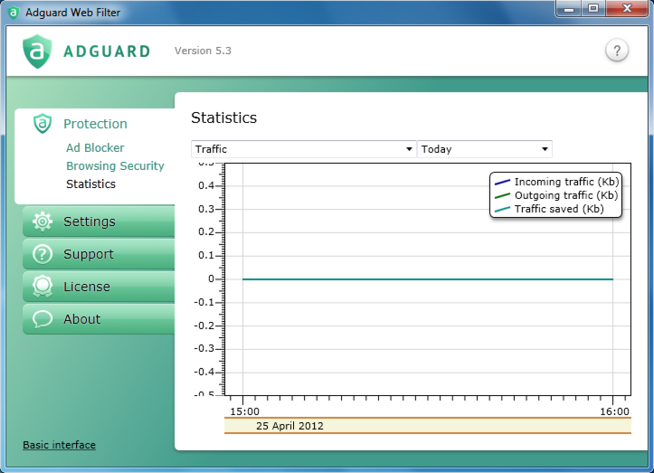 If you are reading this article, then you are tired of the pop-ups and other types of advertisements on the internet. And this article will help you to learn how to block advertisements on the internet and to make the web surfing more productive. For more information you can also read my article that is called “How to block pop ups in different browsers”

Of course it is very hard to browse the Web, when dozens of advertisements are popping up or moving on the sides of webpages. Moreover, advertisements make the load of the needed pages slower and often lead to the opening of some unnecessary windows. Advertisements and other pop-up windows of indecent character can harm users’ reputation at work or have a negative impact on the children at home. Advertisements are widely used to fraud people, to spread viruses and malware. Also it is very hard to perceive the information on the web pages. So, if you are ready to change your usual web surfing drastically, then you should block advertisements on the internet, using some available instructions.

According to the browser that you have you can use some helpful add-ons for them, which create filters in order not to let advertisements to be run. There is a very wide row of the add-ons for every browser. Of course their main feature is to block pop-ups, but some of them have other useful features like tabbed browsing enhancements, crash recovery, mouse gestures and more. All they have one more common feature: they block Flash ads, images, IFrames according to URL. Some of them have the disadvantage, because they can block Flash movies, which probably you would like to watch. But also they can have the option to add this site to the white list and then you are free to watch what you want and to protect yourself from the unwanted videos on some other websites.

So, it is very important to use anti-banner program, because such programs remove click spam, speeds up page loading and saves Internet traffic. Usually all the popular anti-banners are compatible to Internet Explorer, Opera, Firefox, Chrome, Safari and they usually build itself into browser. Anti-banners block video ads, rich media and other unusual forms of advertising. They prevent tracking of ad networks and counters. Anti-banners start to working immediately after installation, they do not require customization and they are updated regularly. So, I would like to describe the features and main advantages of the most popular browser add-ons that serve to block advertisements on the internet. Would you like to know how to block advertisements, then you should read this article till the end.

Adguard is an internet filter program, whose main tasks are to protect users from unwanted advertising on Internet sites, and also to protect computer from malware and phishing websites. Thanks to the peculiarities of its work, in addition to the enumerated above, the program increases the security of your computer from viruses and similar malicious programs significantly. Adguard has a special browser-based module that allows you to remove the unwanted content from the internet pages. Adguard will also be very useful for users of 3g-modems. By filtering websites from promotional materials, you will save much traffic as well as speed up the loading of web pages.

After installation, Adguard works quietly in the background, performing all the necessary steps to protect you from advertisements and malicious websites.

Ad Muncher is a shareware utility for the Microsoft Windows operating systems, which allows you to block ads, pop-ups, banners and other unwanted objects on the Web pages when you visit them. This program supports the following browsers: Internet Explorer, Mozilla Firefox, Google Chrome, Opera, Safari.
Ad Muncher has been monitoring and highly reliable filtering on open Web pages on the Internet, providing a reliable blocking force popups, banners and other intrusive elements, including background music and sounds, the loss of the input focus and a lot of other independent activity by the administration of the resource, which is not has a direct and immediate relevance to the visited website. The program is able to build itself into the context menu, to add filters according to the addresses and keywords, and also includes some advanced features for handling of some programs, including ICQ, FeedDemon, LimeWire, KaZaA and others.

Among other features, we can highlight the fact that Ad Muncher can detect malicious programs such as spyware and adware, can prevent web browsers from sending information to a remote server and can block Web bug. Such methods of Ad Muncher provide the quickest loading of web pages, as well as saving of Internet traffic. The distribution contains more than 2000 filters that can be updated from the program. it is a very easy-to use program in order to block advertisements on the internet.

Adblock is an extension for web browsers and other applications based on the Gecko: Mozilla Firefox (including “mobile»), Mozilla Thunderbird, Mozilla Suite, SeaMonkey, Songbird, Mozilla Prism and K-Meleon, it allows you to block the download and demonstration of various elements on the page: overly annoying or unpleasant advertising banners, pop-ups and other items that prevent the use of the site.

Adblock is the most popular Firefox extension. It has more than 14 million of active users. This program is also compatible with Google Chrome, Safari and other popular browsers. I hope, the question “how to block advertisements” is now fully answered. If you still have any questions, then you should ask them, using the Comments on this page. I will answer them all.

1 thought on “How to block advertisements on the internet”